ancient birds feast at the end of August – beginning of September

Sagra dei Osei Cisano Bardolino has ancient origins, this kind of fairs originated in northern Italy in the twelfth century, they have developed along points of birds migratory and is held annually before the opening of the hunting season, as here hunters come to stock up on calls for birds. Characteristic of the festival has retained some elements such as the sale of equipment for hunting and agriculture, racing chioccolatori whistlers ie, exposure of decoy birds and traditional cuisine with dishes such as polenta and tripe. 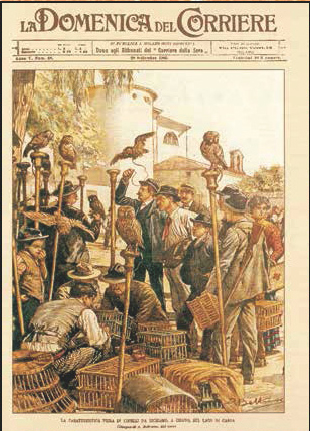